Count Me In by Mikal Dawn ~ Reviewed 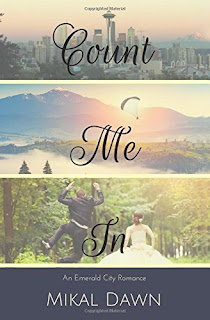 *This is a romantic comedy with a Christian worldview.

Allegra Spencer has been living a careful life. Her safe job as an accountant is bookended by going to church and the gym. Okay, sometimes the gym. Fine. She goes to church. And the coffee shop. She avoids risk at all cost, preferring to stay safe in her cozy condo. Until her accounting firm goes belly up and she's out of a job.

Tyler Hawk had a glorious career as a star NFL tight end. He retired on a high note and now lives a second dream of owning his own business and leading others on extreme outdoor adventures. But he needs help with his books--and his heart. When Allegra takes the job, sparks fly.

It's a case of safety zone versus danger zone, and in their minds, never the two shall meet.

When I learned this sweet and hilarious story was set in Seattle, I knew I wanted to read it. The theme of a security-loving account with a safety bubble about a mile wide who’s thrown into one adventure of another intrigued me. Interesting enough, I learned of this novel’s upcoming release around the same time my adult daughter chose to go parasailing—and invited me to join her. My response was quick and certain—No! In other words, I could relate to poor Allegra, and I felt her anxiety intensely, as she soared high above the ground. The fact that she was tethered to a sigh-worthy hero, however, made the experience appear at least somewhat enjoyable.

This was a unique, light-hearted read that provided me with numerous chuckles at the end of rather busy and stressful days. I recommend this novel for those looking for a clean, God-honoring romance that celebrates forever love. 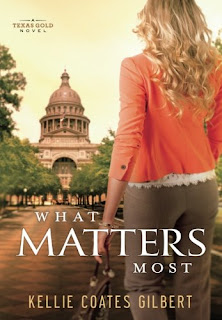 Just when she can't take it anymore, Leta finally catches a break. But when things seem too good to be true, they often are.

Finding her dream job went right out the window when Leta Breckenridge had to quit school to help care for her mother suffering from dementia. When a delinquent account may force her mother into a less desirable facility, Leta is thrilled to land a high-paying job at an Austin public relations firm. But her seemingly ideal job turns into a nightmare when she learns the firm is a front for a political opposition organization--and that the research she's been collecting will be used against Nathan Emerson, the handsome senator she's swiftly falling in love with.

Nathan is a rising political star being pressured to run a bid to unseat the current governor of Texas. He's already in a relationship with a woman much better suited to be a politician's wife, but he's never met anyone like Leta. Could this feisty woman hold the key to his heart--and his future?

With emotional depth and keen insight into what drives us, Kellie Coates Gilbert offers a salient story that calls us to consider what we value most in this life.

What Matters Most is about a young woman named Leta Breckenridge. She had to quit school to take on several jobs to pay for her mother's care in an assisted living facility, as her mother suffers with dementia. While leaving one of her jobs run night, she literally runs into Nathan Emerson, whom later finds out is a senator who is running for the office of governor. There is an instant attraction between the two, but neither really thinks anything of it. In the meantime, Leta manages to land a dream job with a company doing research, which enables her to keep paying for her mother's care. Little does she realize the companies true motives in research – being paid by politicians to find “dirt” on opponents. Leta doesn't realize this at first, and in the meantime, keeps running into Nathan. As her relationship with Nathan develops, so does the intensity of her job, as she realizes she is being paid six figures a year to try to ruin Nathan's career. Her conscious wins out over the need for money and she quits her job, but she highly underestimates the people she's been working for and the actions that they will take.

I really liked Nathan's character in particular in this book. In this day and age, we are so sick of politics and the fact that we don't feel like we can trust any of them. But Nathan was on the up and up, and is someone I would vote for. His character stayed flawless through the whole story. And I liked that Leta stayed true to what she knew was right instead of getting sucked into a bad job just for the money.

Editor Note: I get so many books, far more than I can read and review, or pass on to others to read and review for me. So every once in awhile, I borrow great reviews on great books. Today Nora St Laurent shares her review link with us. 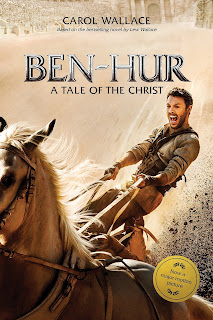 As one of the bestselling stories of all time, Lew Wallace’s Ben-Hur: A Tale of the Christ has captivated and enthralled millions around the world―both in print and on the big screen. Now Lew’s great-great-granddaughter has taken the old-fashioned prose of this classic novel and breathed new life into it for today’s audience.Coming to theaters in August 2016 as Ben-Hur, a major motion picture from MGM and Paramount studios, the story follows Judah Ben-Hur, a Jewish nobleman whose childhood friend Messala betrays him. Accused of trying to murder the new Roman governor in Jerusalem, Judah is sentenced to the galley ships and vows to seek revenge against the Romans and Messala. But a chance encounter with a carpenter from Nazareth sets Judah on a different path.Rediscover the intrigue, romance, and tragedy in this thrilling adventure.Also included: the inspiring story-behind-the-story of Lew Wallace―Indiana lawyer, author, and Civil War general.