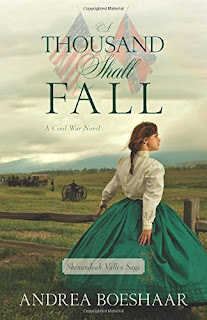 
Nineteen-year-old Carrie Ann Bell is independent and spirited. The only thing she really fears are the Union soldiers fighting against her Confederate friends. When her youngest sister runs away from home, brave Carrie Ann is determined to find her and bring her back. Disguised as a soldier, she sets off--only to find she's fallen into the hands of the enemy.

Her childhood friend Confederate Major Joshua Blevins has warned her against these Yankees: they're all devils, ready to inflict evil on unsuspecting young women. When Colonel Peyton Collier arrests her for her impersonation of an officer, it seems to confirm all her fears.
Soon, though, she finds herself drawn to the handsome, gallant colonel. He rescued her, protected her, and has been every inch the gentleman. Carrie Ann discovers that her foe has become her ally--and more than that, someone she could love. But the arrival of Joshua in the Union camp as a spy will test her loyalties. Will she protect someone who has been like family or be loyal to this stranger to whom she wants to offer her heart? When her world is being torn apart around her, whom should she trust?
Set against the backdrop of the American Civil War, A Thousand Shall Fall is framed around compelling characters and a very romantic setting in Virginia's Shenandoah Valley. Andrea Boeshaar’s extensive research guarantees historical accuracy and romance genre enthusiasts and Civil War buffs alike will enjoy the Christian perspectives on actual historical events.


A Thousand Shall Fall tales place in the autumn of 1864 during the Civil War. A young woman named Carrie Ann Bell, leaves a difficult family situation disguised as a Union Soldier, looking for her runaway sister. Instead of finding her sister, she finds herself in the middle of a battle, and is captured by the Union soldiers, mistaking her for a deserter. When it's discovered that she is really a woman, Colonel Peyton Collier of the Union cavalry takes her under his wing. As time progresses, they begin to care for each other. Peyton decides to send Carrie Ann to his Aunt Ruth's house for protection. In the meantime, Carrie Ann is in contact with a childhood friend who is fighting with the Confederates, and the secrets she's promised to keep could cause more problems then she realizes.

I say every time how much I enjoy these period books, and this one is no exception. To see what people had to go through during that time, and the fact that families and friends were fighting each other is just heartbreaking. I admired Carrie Ann's willingness to do what she could, not only to find her sister, but to care for wounded men after battles, no matter what side they were on. This was a great book and I can't wait to read the second one! 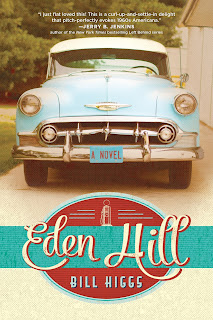 Nothing seems to change in Eden Hill, Kentucky, and that’s just fine with Virgil T. Osgood. He’s been content to raise his family and run the only service station in town. But when a new station is set to open right across the road from Virgil’s pumps, he suddenly faces obstacles in his career, his marriage, and his self-worth that he’s never even dreamed of.Cornelius Alexander wants his new Zipco station to succeed and help establish a strong foundation for his growing family. As long as he follows the Zipco guide, he’s sure to be a success―and prove his father wrong.Reverend Caudill wants to be a conduit for grace in his town, but that grace is challenged by the changes sweeping through in the early 1960s. For the sake of this small town, Virgil and Cornelius must learn to get along, but how do you love your neighbor when his very presence threatens to upend everything you hold dear?


Eden Hill is a charming book set in the early sixties. Virgil and Mavine own a small gas station in their homey little town. When Cornelius Alexander brings his pregnant young wife to town along with his huge glossy dreams, everything turns upside down. Can Virgil accept a new and snazzy super station right across the street? Oh, and Mavine has been reading a woman's magazine that has begun to mess a little with his marriage, too. Is nothing sacred anymore?


Filled with quirky and realistic characters, Eden Hill portrays family lives, church, the comings and goings of neighbors as they meddle, care and enrich each others lives so well I felt like I was sitting in the town square observing it all. I was born in 1962 and some of the scenes reminded me of snapshots of my childhood. Some of the characters definitely reminded me of folks I brush shoulders with in church and at work, too. Charming and sweet and darn fun to read, I recommend this novel, it would be a great summer read.

A review copy was provided in exchange for my honest review.
Posted by Scrambled Dregs at 7:50 PM No comments: 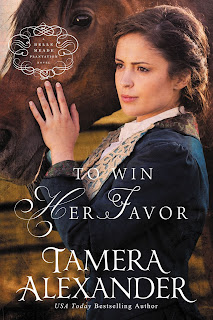 A gifted rider in a world where ladies never race, Maggie Linden is determined that her horse will become a champion. But the one man who could help her has vowed to stay away from thoroughbred racing forever. An Irishman far from home, Cullen McGrath left a once prosperous life in England because of a horse racing scandal that nearly ruined him. He's come to Nashville for a fresh start, hoping to buy land and begin farming, all while determined to stay as far away from thoroughbred racing as possible. But starting over proves harder than he'd wagered, especially when Maggie Linden's father makes him an offer he shouldn't accept yet cannot possibly refuse.Maggie is certain that her mare, Bourbon Belle, can take the top purse in the inaugural Peyton Stakes, the richest race ever run in America. Maggie only needs the chance to prove it. To give her that chance--and to save Linden Downs from being sold to the highest bidder--Maggie's father, aging, yet wily as ever, makes a barter. His agreement includes one tiny, troublesome detail--Maggie must marry a man she's never met. A man she never would have chosen for herself.

To Win Her Favor takes place in the South right after the Civil War. We learn about Maggie Linden, who lives with her father on their plantation. They are close to losing the plantation, but Maggie thinks she can make everything okay by racing her horse, Bourbon Belle, at the annual Peyton Stakes at Nashville's racetrack. Cullen McGrath has moved from Ireland, looking for a fresh start, and hoping to buy a place for himself. When he happens upon the Linden' plantation, he meets Maggie's father. They agree on Cullen buying the plantation, as long as he also agrees to marry Maggie and take care of her. It is not an ideal situation for either of them. The story then follows their relationship, as they try to hide things from their past from each other, and fight growing attraction they are feeling.

I love stories written in this era. I admired both characters, and understood why they kept their secrets from each other, but at the same time, I kept wanting to tell them to just be honest with each other and communicate! The story was well written and I really enjoyed it.


Reviewed by: Sarah Meyers
Posted by Scrambled Dregs at 6:32 PM No comments: 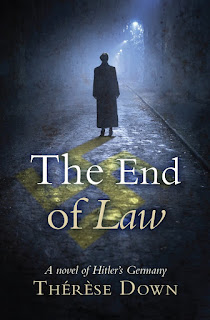 Berlin, 1933: as Hitler rises to power; the law--designed to protect and serve--becomes twisted to the will of those who dream of a pure Aryan race.
SS Officer Walter Gunther is intensely loyal to the Third Reich. His readiness to kill without question or remorse would seem to make him the ideal candidate to lead the T4 euthanasia programme. SS officer Karl Muller, a trainee doctor and engineer, is also brought into the programme, and assured that his work is consistent with the Hippocratic oath he's due to take.
Their mandate: to kill the "unworthies"--not just the Jews, but crippled children, the mentally ill, homosexuals. Hedda, Walter's wife and old acquaintance of Karl, has no idea of what their work entails. Until, that is, the fate of their families is at stake, and each must confront afresh the choices they have made.
This dark, tense novel is a compelling story of human tragedy, and man's potential to revel in, or fight against, the evil actions of a corrupted nation.

Review:
The End of Law is a heavy, heavy read. I tend to shy away from wartime fiction. In my thought process there is no sense in reading something depressing when life can be so heavy all by itself. And I don’t like the omniscient point of view where the narrator knows the inner thoughts of every character. Two strikes for The End of Law, but once I got past the first couple pages I just couldn’t stop. I found so much horrific history buried between the covers, but I also saw the wonder of people sacrificing and fighting against the encroaching evil of the Nazis. The characters are mainly members or attached to members of the Nazi party, many are protected from the horror of reality, others’ hands are so dirty that all sanity seems to be gone. When a little bit of truth leaks out, a powder keg blows within one family. The results are tragic. However, the thread of hope is not lost. God was not silent during that period of insanity. And the proof is in the good of the people who fought against the ideas of a few mad men. I so recommend this novel to anyone interested in this time frame.

This novel was provided to me for review purposes.

Reviewed by: Kelly Klepfer
Posted by Scrambled Dregs at 4:19 PM No comments: 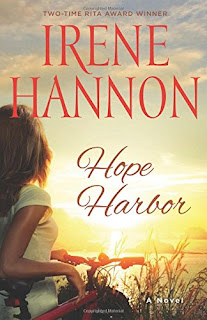 Tracy Campbell never wanted to leave Hope Harbor, Oregon, or the idyllic three-generation cranberry farm where she grew up. But life--and love--altered her plans. When tragedy strikes and changes her plans yet again, she finds herself back in her hometown with a floundering farm to run and a heartbreaking secret. Romance is not on her agenda. Nor is it on Michael Hunter's. The visitor from Chicago has daunting secrets of his own. But when Tracy recruits him to help save a struggling charitable organization, the winds of change begin to sweep through Hope Harbor, bringing healing, hope, and love to countless lives--including their own.Fan favorite Irene Hannon brings a whole new cast of characters to life in a charming Oregon seaside village. Emotional and heartwarming, this story invites readers to come home to Hope Harbor, where love and hope bloom--and hearts heal.

Hope Harbor takes place in small town America on the coast. We follow Michael Hunter, who's wife died due to a sudden illness. He has many regrets about not being there for her while she was alive. He decides to come to the place she talked of visiting as a child, Hope Harbor, hoping it would help him to clear his head and find direction. Tracy Campbell runs a cranberry farm with her uncle, and has her own issues. Her husband died a tragic death, which she holds herself responsible for. Michael and Tracy meet under less than ideal circumstances, and manage to keep running into each other. Different events provide a chance for them to get to know each other better, and though they both feel they are unworthy of being loved again, they can't help the feelings that develop.

This was a great story. My heart went out to each character for different reasons, but looking back on the story, it's amazing to see how each of their lives impacted everyone in the town, and if they hadn't been the people they were, and done the things they did, everything would have been different, if that makes sense. This was a great story.

Reviewed by: Sarah Meyers
Posted by Scrambled Dregs at 11:52 AM No comments: