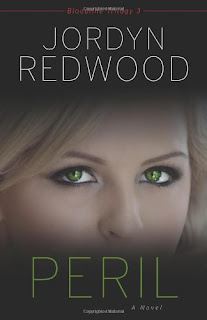 Dr. Thomas Reeves is at the pinnacle of his career. The Department of Defense has awarded him a lucrative contract for his new research into superior autobiographical memory, which promises the ability to create combat troops able to quickly learn complex battle plans and enact them perfectly under the most demanding battlefield scenarios.
An elite unit has received neural grafts from fetal cadavers of genetically altered brain cells with enhanced NMDA receptors. The results are remarkable . . . until the recipients begin suffering hallucinations, nightmares, paralysis, . . . and death. Dr. Reeves searches for answers, but DOD insiders want him to stop the search.
The situation becomes public when pediatric ICU nurse Morgan Adams, Dr. Reeves’s daughter, is taken hostage by three research subjects in an attempt to force Dr. Reeves into disclosing why they are sick. If answers aren’t revealed within twenty-four hours, patients in the pediatric ICU will be killed.
This spine-tingling conclusion to the Bloodline Trilogy raises spiritual and ethical dilemmas torn directly out of today’s headlines. When does life begin? How far does commitment to family go? And can the sins of the father ever be forgiven?

Medical fiction is one of my favorite genres. Crime fiction is right up there. So when they are combined and the story is a well-written page-turner, then it earns a two thumbs up.

Jordyn Redwood's Peril is definitely a two thumb up novel. A ruthless killer, oh, not just any killer, one who's had some help from a mad scientist, a woman grieving the loss of her baby and her part in missing the signs, a husband trying to keep his grieving wife through the dark days...oh, and a young girl who...well, let's just say the plot is action packed.

Chicken warning, this book has some intensity that may make you suck your thumb and need a night light. Anyone who is intrigued by the above, it's a page turner.

Posted by Scrambled Dregs at 6:49 PM No comments: 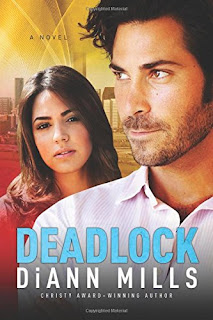 Two murders have rocked the city of Houston. Are they the work of a serial killer, or is a copycat trying to get away with murder?That is the question facing Special Agent Bethany Sanchez, who is eager for her new assignment in violent crimes but anxious about meeting her new partner. Special Agent Thatcher Graves once arrested her brother, and he has a reputation for being a maverick. Plus, their investigative styles couldn’t be more opposite: he operates on instinct, while she goes by the book.When hot leads soon fizzle out, their differences threaten to leave them deadlocked. But an attempt on their lives turns up the heat and brings them closer together, and a third victim might yield the clue that will help them zero in on a killer. This could be the case of their careers . . . if they can survive long enough to solve it.

Deadlock is about two FBI Agents, coming together as partners for the first time to investigate serial killings that are going on. Special Agent Bethany Sanchez is a “by the rules” kind of gal. She got involved in the FBI after seeing so much violence in her neighborhood growing up. She has even had to testify against her own brother, which sent him to prison. Special Agent Thatcher Graves once arrested Bethany's brother, but hasn't connected the relationship. He goes by his gut and isn't afraid to throw the rules out the window and go by instinct. This case has them struggling, not only trying to balance their strengths with each other, but trying to solve the case before someone else gets murdered. On top of that, they are having a growing attraction to each other that they are trying to fight as it's against the rules.

I really enjoyed this book. I typically wouldn't choose this type of storyline, but I've enjoyed Diann Mills books. It keeps you interested and wanting to read more to find out what will happen next. And the story has twists that take you by surprise, so you don't really know what's going to happen next. If you like suspense and romance together in a clean format, I highly recommend this book. 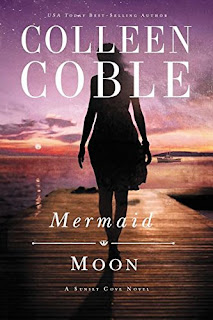 Mallory’s mother died fifteen years ago. But her father’s last words on the phone were unmistakable: “Find . . . mother.”

Shame and confusion have kept Mallory Davis from her home for the last fifteen years, but when her dad mysteriously dies on his mail boat route, she doesn’t have any choice but to go back to Mermaid Point.

Mallory believes her father was murdered and childhood sweetheart Kevin O’Connor, game warden in Downeast Maine, confirms her suspicions. But Kevin is wary of helping Mallory in her search. She broke his heart and left—without a word—years ago.

When Mallory begins receiving threats on her own life—and her beloved teenage daughter, Haylie—their search intensifies. There’s a tangled web within the supposed murder, and it involves much more than what meets the eye.

As answers begin to fall into place, Mallory realizes her search is about more than finding her father’s killer—it is also about finding herself again . . . and possibly about healing what was broken so long ago with Kevin. She just has to stay alive long enough to put all the pieces together.

Mallory is facing life alone with her teen daughter after her husband dies. Without life insurance. While trying to sell some of her handcrafted jewelry she receives a phone call from her father. Her already complicated life unfurls into a storm unlike any she has faced.

As she returns home for the first time in 15 years she finds that her heart has never really left, and that someone wants to keep a secret deeply buried and will stop at nothing to do just that. Edge of seat reading.

Set in Folly Shoals and revisiting some characters, It was fun to see Claire and Luke settling into life. If you loved The Inn at Ocean’s Edge, you’ll love Mermaid Moon because there is another multi-twisted plot involving murder. And, of course, an equally sweet love story.