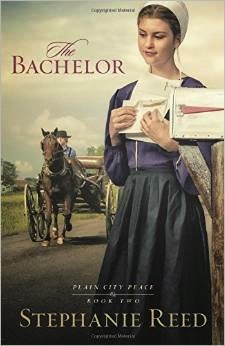 
In this sequel to The Bargain, Betsie Troyer is back home in her Amish community where she knows she belongs, free from the confusing Englisher way of life. She and Charley Yoder have made promises to each other, and her life is back on track--until Gerald Sullivan shows up with his young daughter, asking for Betsie's help. He’s on his way to find his estranged wife, and begs Betsie to take young Sheila in.
When she agrees, Betsie's carefully planned life is shaken up again. Sheila's newfound faith is troubling to Charley--and his attraction to another girl is beginning to be a problem. But how can Betsie confront him when she is still trying to confront her own feelings about Sheila's brother, Michael? Keeping the peace between the Amish man she's always loved, a twelve-year-old Englisher girl, and a draft-dodging hippie is more than she ever thought she’d have to deal with in her simple, orderly life. Still, Betsie is convinced she can keep things from falling apart completely.
Then during her best friend's wedding, tragedy strikes and her world is upended. She has to make a decision: does she love Charley or Michael . . . or is she craving a deeper love that only God can give?
The compelling second novel of the Plain City Peace series, The Bachelor deftly weaves together the strands of a solid, simpler time with the turmoil of an era of change, revealing the strengths of both in its powerful narrative.

The Bachelor is book two in the Plain City Peace Series. Betsie Troyer's new friend, Michael, left at the end of the previous book to avoid being drafted to go to Vietnam. Betsie has gone back to her home to wait and pray for her parent's to come home. They left the Amish life after finding salvation in Jesus Christ. Betsie and her siblings just don't understand and are afraid for their eternal fate for leaving the church. Charley, Betsie's intended, continues to pursue her, though there are little things that he is doing that are beginning to irritate her. In the meant time, Sheila, the Michael's younger sister and the daughter of the English family she was working for, comes to stay with her for an indefinite period of time while her parent's try to to save their marriage. Sheila is unafraid to share her faith in Jesus with Betsie and her family. While this causes problems with some people, you can begin to see Betsie's heart turning, though you can't be sure she's convinced.
I was so excited to get this book. The last book really left the reader hanging, and it was exciting to pick back up with the characters. There were some twists and turns in it that were completely unexpected, yet it was exciting to see the outcome due to these events. I really enjoyed the story and am excited for book three.
Reviewed by: Sarah Meyers
Posted by Scrambled Dregs at 7:42 PM